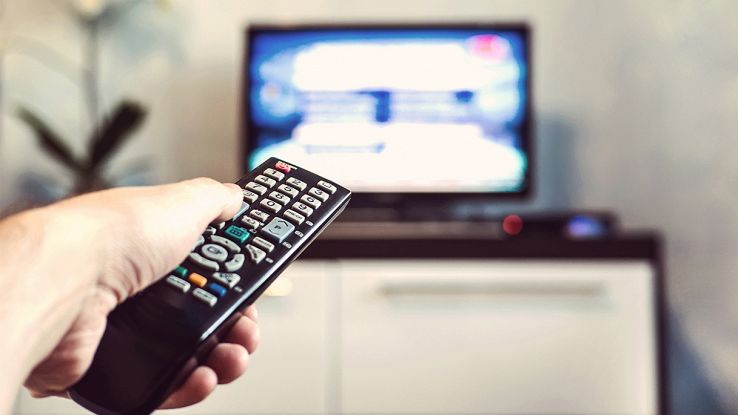 Here are the characteristics of digital terrestrial tv, how it works and what will be the changes when the new DVB-T2 is introduced. For years, analog terrestrial television has always been the most popular form of television in the world, receivable through normal antennas. In the last twenty years, especially since 2003, however, it is the so-called digital terrestrial, or DTT, to play the lion’s share, and to have established itself as the international standard for television broadcasting.

And if it is true that technological progress cannot and must not stop, digital channels are also marching hard towards further evolution, aimed at further improving all the advantages encountered with the transition to this model. In this guide, we will then understand what digital terrestrial television is and how it works, its peculiar characteristics and what will change once the new DVB-T2 is introduced.

What is digital terrestrial tv?

By definition, digital terrestrial television is a digital television that adopts a terrestrial digital signal transmission system. To make it simpler, DTT implies the use of a numerical transmission system, that is to say, a mode that is not affected by interference, signal level drops or disturbances and which, above all, allows you to multiply the number of available channels. All using a tool called a decoder, which allows the signal to be conveyed optimally. From a purely technical point of view, in fact, television information is contained in an electrical signal: for this reason, it can be represented in analog or digital form, for two significantly different technologies and with specific features. Start learning how to use vpn on smart TV?

Consequently, the same general considerations found in the comparison between analog and digital technology are valid in the comparison between analog and digital broadcasting of television channels, with all the consequences of the case. It seems evident that analog signals are more subject to sudden disturbances, almost always due to the fact that the receiver is not able to distinguish a disturbed signal variation with respect to normal information content. On the other hand, digital is by its very nature immune to disturbances of various kinds, as long as they are of slight importance. After a certain threshold of “noise” in normal transmission, however, even the DTT is completely indecipherable to the human eye.

All the advantages of DTT

As already mentioned, digital terrestrial TV has a number of advantages over analog broadcasting. The main one lies in the possibility of multiplying the number of channels that can be transmitted through the same frequencies previously used in analog mode. This actually translates into more channels visible to viewers, thanks to data compression techniques that allow occupying only about 1/5 of the bandwidth used for the transmission of an analog channel, while maintaining its quality unchanged.

Indeed, this also goes to improve, due to the ability of this technology to convey video and audio content with 16: 9 format and quality very similar to DVD and Blu-ray Disc. In some cases, there is no lack of high definition transmission possibilities, and that of multiple audio transmission, for example in multiple languages. On the same frequency, it is also possible to simultaneously transmit both HD channels and channels optimized for the smaller screens of smartphones and tablets.

Not to be underestimated in the analysis of the strengths of digital, in addition to the improvement in spectral efficiency and greater flexibility, is also the interactivity of the DTT. Interactivity that is guaranteed by the presence of various additional data in addition to the simple television broadcast, such as the EPG, or a special electronic TV guide that allows you to know what is the program on air at that precise moment and what will be the next. All within reach of the remote control, which acts as a real “pilot”.

Not only that, among the features of note there is also the one that provides for an isofrequency transmission for digital terrestrial, which is impossible to do for the previous analog television broadcasts. This specific technique involves sending the same signal on the same frequency simultaneously from several synchronized transmitting sites. Consequently, several antennas with partially overlapping coverage areas always transmit the same signal on the same frequency, provided they are used over a rather large area.

In the name of that technological progress, we were talking about, by 30 June 2022 here in the new digital terrestrial transmission signal will come into force throughout the national territory. You too will understand that this translates into the need for our televisions to be compatible in time with the new standard, which will be introduced after in 2012 we witnessed what is called the switch-off of analog television in favor of DTT. The goal, with DVB-T2 (Digital Video Broadcasting – Second Generation Terrestrial), is to further improve signal quality and free up space for 5G telephone frequencies., bringing broadcasts up to high definition in 8K.

Among the advantages of the new standard, there are, in addition to the predisposition for ultra-high definition, the possibility of transmitting a “cleaner” signal and allowing a greater distance between the antenna that receives the signal and the receiver that transmits it on the screen. the DVB-T2 also supports MiMo systems, multiple input and output, which enable the apparatus to handle multiple data stream incoming and outgoing calls, just as it happens for the most modern smartphone.

The next standard will be fully operational in just over a year, but several intermediate steps are planned to ensure a painless and as “sweet” transition as possible. The first phase to make the new digital terrestrial operational will start from 1 September 2021 and will see the beginning of the coding of the MPEG-4 code, and the consequent abandonment of the MPEG-2 standard. to decode this type of signal.

Different speech for the most ancient televisions that do not have HD technology, that is high definition. The Government has foreseen a launch, up to those of the South by June 2022. The second phase will instead have a higher impact and will be activated throughout the country between 21 and 30 June 2022 to ensure the switch off of the DVB-T signal in favor of DVB-T2 with H.265 or HEVC encoding.

By the established date, all television networks will switch to the new frequencies and, given that a period of transition from one signal to another is not planned, everyone will have to equip themselves in time with a TV or a compatible decoder for DVB-T2 . Fortunately, the televisions currently on the market are all compatible with the frequencies of the new digital terrestrial. Not surprisingly, since 2016 all the main producers have gone to conform to this new type of signal, with the same retailers, both physical and online, which from the following year have in fact the obligation to sell only televisions equipped with DVB. -T2.

Of course, all those who bought a TV before this period and who do not intend to buy a new one in a short time will be able to easily solve the situation by opting for a compatible decoder, investing only a few tens of euros. The operation is identical to that of the previous decoders: if before they transformed the signal from analog to digital, how they transform the DVB-T signal to the new DVB-T2.

To know for sure if our TV is compatible with MPEG-4 encoding, just go to the high definition channels, those in HD, so to speak, and scroll them starting from 501 onwards. If these are not displayed correctly or only error messages are returned, then our TV is not compatible with this encoding, and most likely it will not be compatible with the DVB-T2 signal either. For a safer counter-check, we can then look for the item Digital tuning in the main menu.

If the wording DVB-T2 HEVC / H265 is present among the different options, then the TV is perfectly compatible. Recently, a further way to understand the possible compatibility of our device has also been developed. There are in fact two test channels, namely, channel 100 RAI and channel 200 of Mediaset: if by selecting them the message “HEVC MAIN10 test” is displayed then it means that our television supports the new digital terrestrial or DVB-T2.

Those with an ISEE income of fewer than 20 thousand euros per year can therefore request a bonus of 50 euros to buy a new TV or alternatively a decoder designed for the digital terrestrial tv signal. This bonus is then paid directly in the form of a discount at the cashier by the retailer, obviously after the customer has shown the question addressed to the administrative entities in charge.