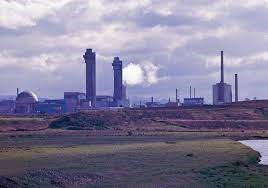 Sadly, there are lots of places around the world where the land is poisoned and full of various toxins. In some cases, it is possible to get a specialist contaminated land remediation company such as soilfix.co.uk to clean the land and make it safe once again, however this is not something that can always be done. One of the disasters which can occur and have devastating consequences for both the land and the local life there, human, plants and animals alike is an accident at a nuclear power plant.

Here are just a few of the accidents which have happened at nuclear power stations since they were first created, and the effects that they had on the surrounding area…

Chernobyl 1986 – Well this is the big one that springs to mind for everyone isn’t it. This was a disaster on a huge scale, affecting many other countries and causing enormous devastation to land surrounding the plant, as well as having an effect on land all over Europe. Of course, the area itself was the worst affected – the forest in the immediate vicinity of the plant was exposed to such high radiation levels initially that many trees died instantly. The people living in the area were eventually evacuated as radiation levels surged in the region, and areas as far away from the plant as the Welsh hills were stopped from being used for sheep farming as radiation from the plant was found there after weather systems brought it from the Ukraine. 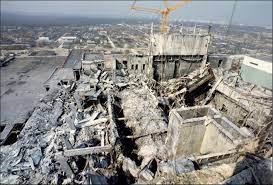 Windscale 1957 – Nearly 30 years before Chernobyl happened, the UK had a terrible nuclear power station disaster of its own – Windscale. This was the plant that is now known as Sellafield, based in Cumbria, northern England. The two nuclear reactors that were built here in the 1950s were originally here to provide materials for Britain’s own nuclear weapons program during the early days of the cold war.

However, one morning in October the core of the reactor began to quickly heat up and become out of control – workers battled to cool it down, but it was no good and a fire broke out at the plant. Eventually, the air supply to the reactor was cut and the fire went out, but it had released lots of nuclear particles to the surrounding area – in the weeks after milk produced in the countryside around the plant was destroyed, and it is estimated that around 240 cases of cancer are linked to the disaster.

Three Mile Island 1979 – This is classed as the worst accident in the United States nuclear power industry, happening in the state of Pennsylvania. The core of the power station heated uncontrollably hotter and hotter and as workers attempted to desperately prevent a meltdown at the plant which was becoming something that was looking frighteningly likely to happen, water with contaminated nuclear particles was leaked from the plant. There was also an escape of some contaminated hydrogen gas, 2 days after this incident. Although there were not many reports of the consequences of this, the incident alarmed many people and made them wary of nuclear power.